Climate change negotiations resumed in Bonn on 16 May 2016, just a few months after the conclusion of COP21 in Paris. The Bonn meeting comprised the 44th sessions of the Subsidiary Body for Implementation (SBI 44) and Subsidiary Body for Scientific and Technological Advice (SBSTA 44), as well as the first session of the Ad Hoc Working Group on the Paris Agreement (APA 1).

In addition to the usual meetings of the SBI and SBSTA the May session also hosted the first meeting of the APA, a new subsidiary body established by the Paris Agreement. It was the Conference of the Parties (COP), by its decision 1/CP.21 (‘Adoption of the Paris Agreement’), to decide on launching new activities and tasks to be undertaken by various bodies under the Convention.

The COP requested the Ad Hoc Working Group on the Paris Agreement (APA) to: prepare for the entry into force of the Agreement and for the convening of the first session of the Conference of the Parties serving as the meeting of the Parties to the Paris Agreement (CMA); prepare draft decisions to be recommended through the COP to the CMA for consideration and adoption at its first session (CMA1); hold its sessions starting in 2016 in conjunction with the sessions of the Convention subsidiary bodies; report regularly to the COP on the progress of its work; and to complete its work by CMA1.

In particular, both the Paris Agreement and decision 1/CP.21 requested the following bodies to consider the following issues, amongst others:

As highly expected, the start of the APA was all but smooth in Bonn. In particular, the provisional agenda circulated by the UNFCCC Secretariat a few weeks before the meeting was subject to a few changes mainly requested by representatives of the group of G77 and China (developing countries) (see table here below). In general, the request from developing countries was to create a new agenda reflecting a better balance between mitigation and adaptation, in full respect of the Paris Agreement. The Agenda of the APA was finally adopted on 20 May 2016, after four days from the official start of the meeting. However, APA1 officially started its technical work only on Monday, 23 May, once Parties agreed on the mode of work, notably continuing in a single contact group on all substantive agenda items, moving into open-ended informal consultations on 24 and 25 May for technical elaborations and reconvening in the contact group to review progress, determine the way forward and consider draft conclusions.

Amongst the various issues discussed in Bonn under the APA, it is important to highlight the following: 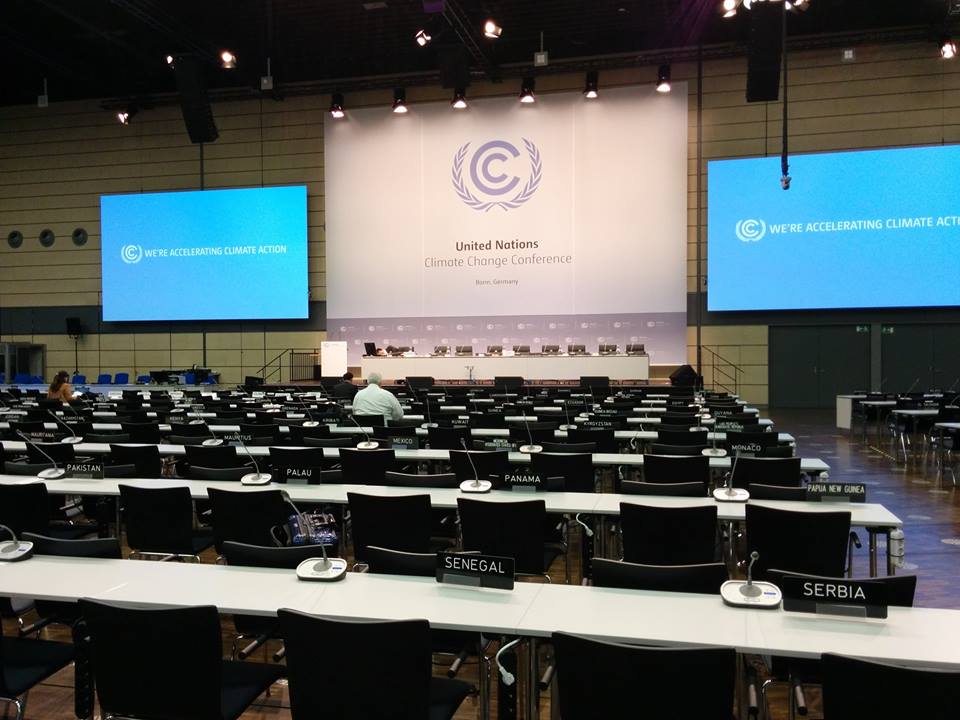 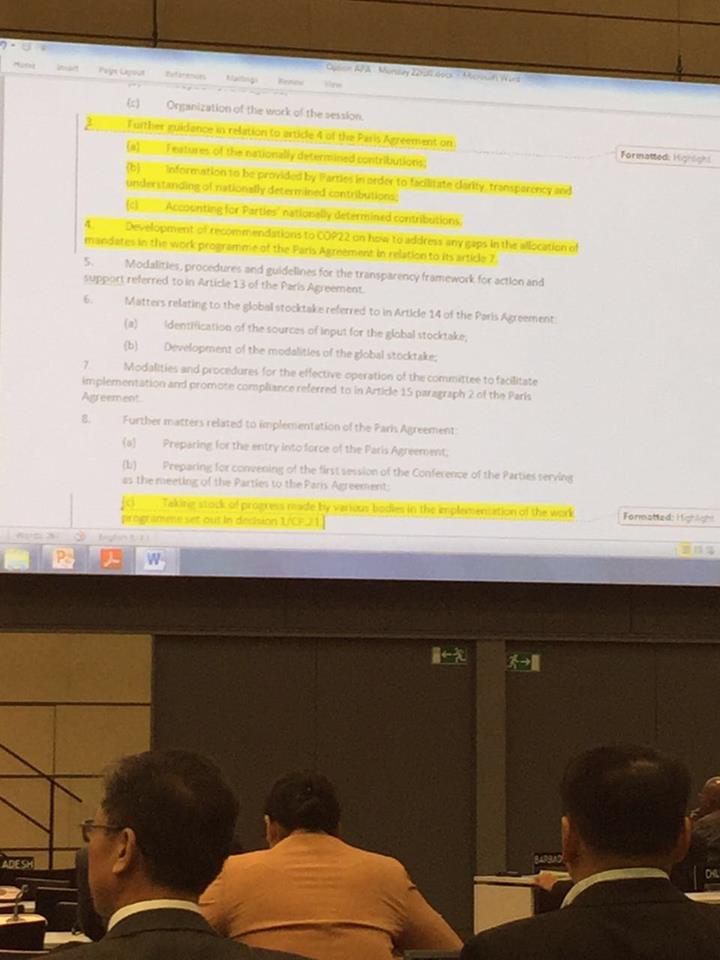 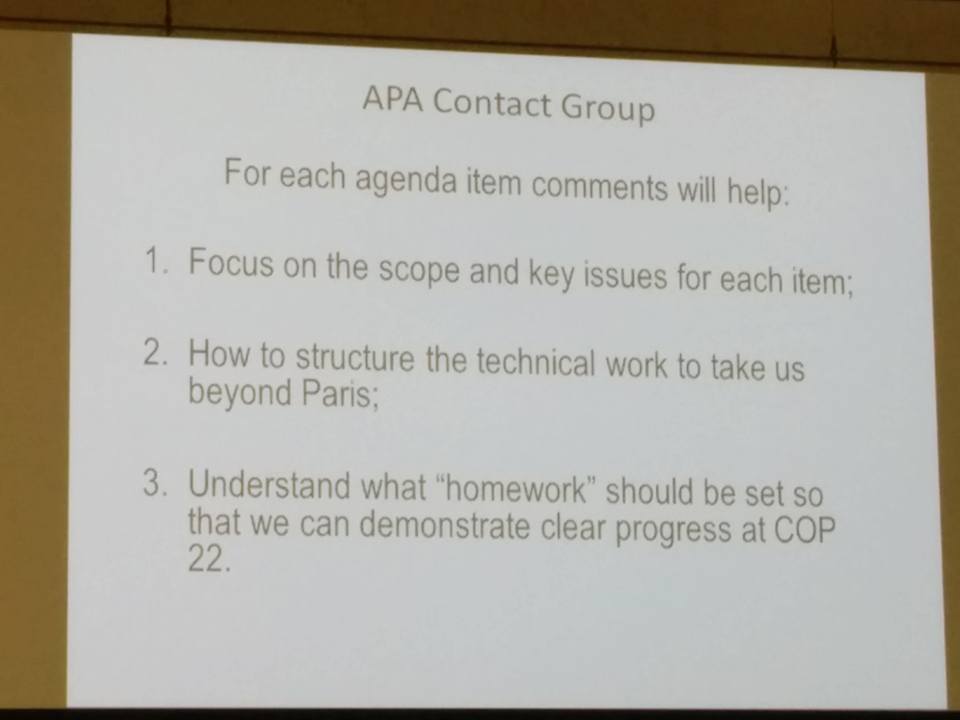 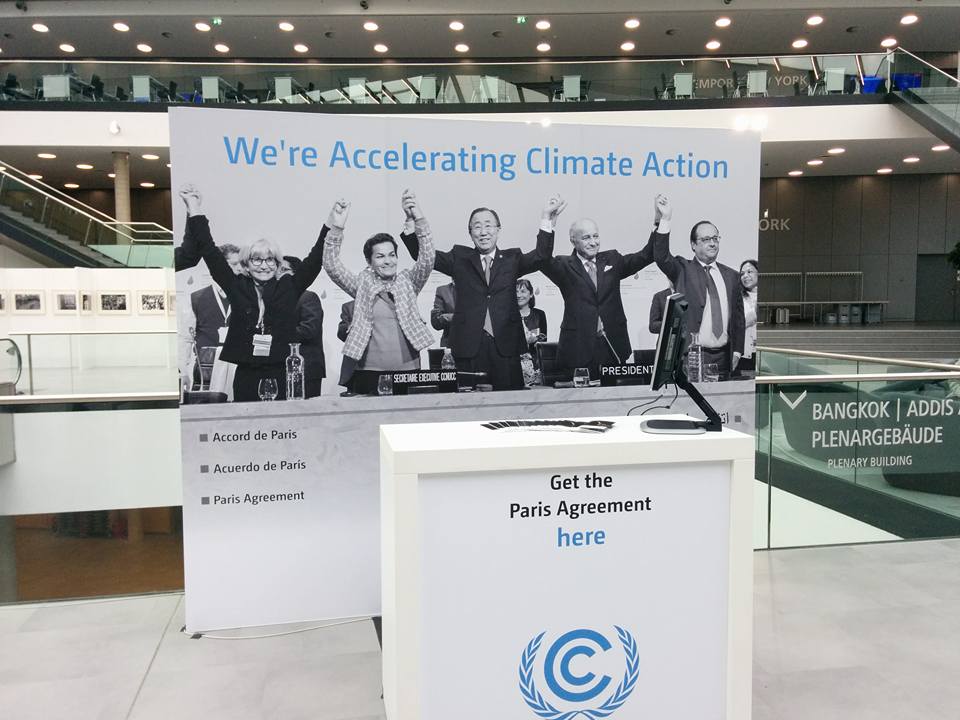 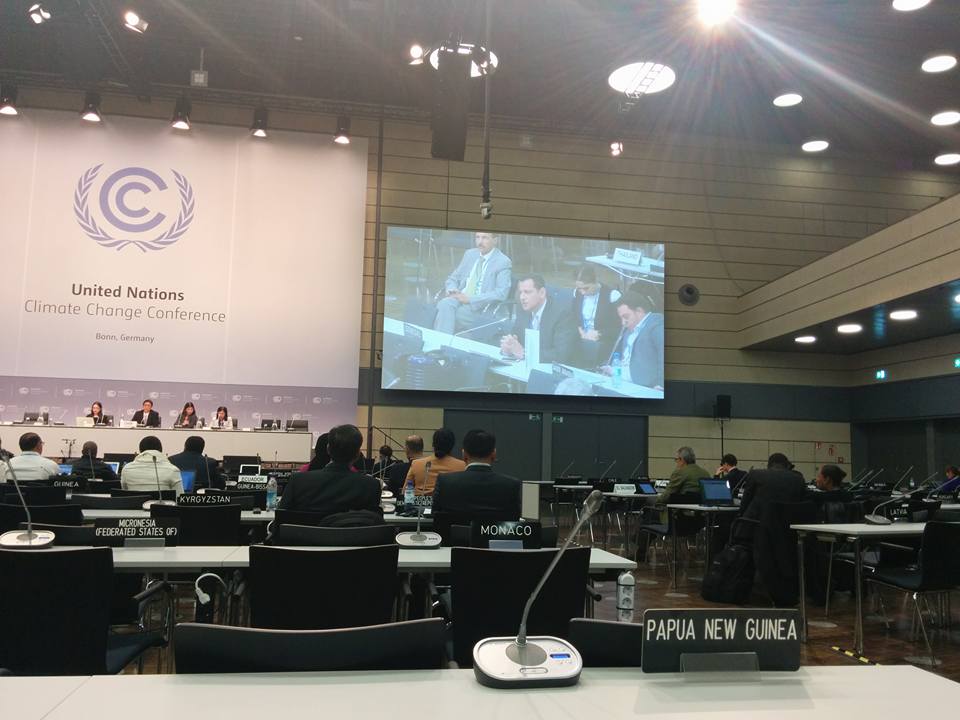 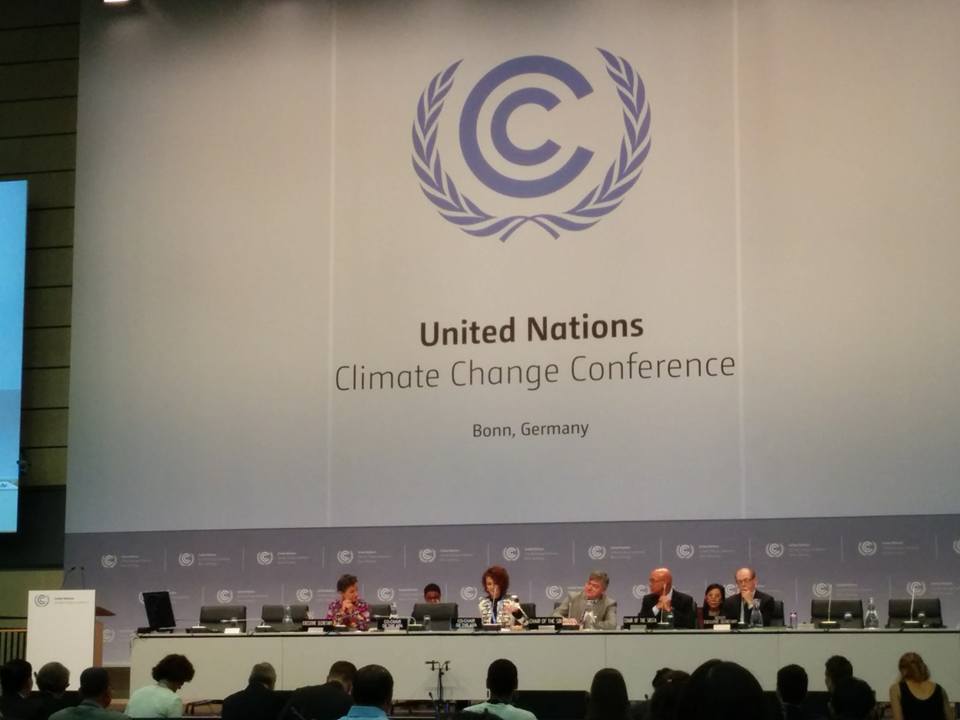 In its conclusions APA1 decided to:

Then, the rapid or early entry into force (2016 or 2017) of the Paris Agreement was discussed. As legal and procedural implications of the early entry into force, CMA 1 could be convened with at least 55 Parties when the PA work programme and other key preparatory decisions may not be completed.
In this event, CMA 1 would be called to decide on the following arrangements to continue work:

A couple of important discussions that took place within the framework of SBSTA 44 in relation to the Paris Agreement are the following:

The agenda of SBSTA44 included the following:

(a) Framework for various approaches;

(a) Guidance on cooperative approaches referred to in Article 6, paragraph 2, of the Paris Agreement;

(b) Rules, modalities and procedures for the mechanism established by Article 6, paragraph 4, of the Paris Agreement;

(c) Work programme under the framework for non-market approaches referred to in Article 6, paragraph 8, of the Paris Agreement.

On item 10, Parties were not able to advance the discussion, neither to close an item that has been on the agenda since many years. Finally, The SBSTA agreed to conduct its next consideration of these issues at SBSTA 50 (June 2019).
On item 11, the SBSTA simply agreed to focus on establishing common understanding at SBSTA 45 (November 2016) of the matters related to the guidance referred to in Article 6, paragraph 2, of the Paris Agreement, and matters related to the rules, modalities and procedures for the mechanism established by Article 6, paragraph 4, of the Paris Agreement, respectively.
In addition, the SBSTA invited Parties and observer organizations to submit by 30 September 2016 their views on the guidance referred to in 11a, b and c.
On item 12, The SBSTA invited Parties and observer organizations to submit their views on the development of modalities for the accounting of financial resources provided and mobilized through public interventions in accordance with Article 9, paragraph 7, of the Paris Agreement, by 29 August 2016, for compilation into a miscellaneous document. In addition, the SBSTA requested the secretariat to organize an in-session workshop in conjunction with SBSTA 45 (November 2016) to inform the work of the SBSTA on this matter.